The USMC Fighter by Medford Knife and Tool is a beloved modern take on the classic Marine Utility Knife, but Medford has added a companion to this series that adds a new level of portability, the USMC Fighter Flipper. When designing The Fighter, Medford went the extra mile to create a fixed blade with unmatched strength, the Fighter Flipper delivers the same impressive fortitude but this time with the ability to fold. When in hand the Fighter Flipper feels sturdy enough to be a fixed blade, or at least do a fixed blade’s job. The titanium handle is rock solid, satisfyingly weighted, and capable of taking the punishment of heavy work for a long time without showing any signs of wear. Checking in at 9.5 oz the USMC Fighter Flipper is lighter than it’s companion while still having some heft, allowing for new transport possibilities that don’t require a sheath. Tool belts, glove compartments, purses, and jeans could now offer a safe place to carry your high end work knife as you hack and slash your way through the day. Much like the fixed Fighter, the price tag on the Fighter Flipper is not meant for the faint of heart, but instead caters to the needs of someone who wants a heavy duty tool they can buy at a reputable online knife store such as Grommet’s Knife and Carry that has premium materials and manufacturing. 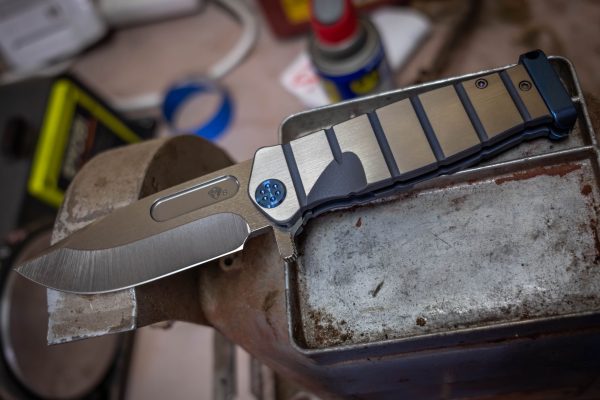 Star of the show is the 4.25” CPM-S35VN drop point blade on the Fighter Flipper. Offered in a tumbled finish and a stylish black PVD (Physical Vapor Deposition) finish that increases resistance to wear, the blade pairs well with any of the handle customization options available. Measuring 0.19” in width, the blade on the Fighter Flipper is thick and can survive a heavy workload that other knives would shatter at the sight of. Seriously, if you hit this thing with a hammer, the hammer might break. Medford designed The Fighter fixed blade with a modernized drop point instead of the classic USMC Utility clip point blade style for  more cutting versatility, and that decision continues over to the Fighter Flipper. The drop point blade style makes this folder ideal for all kinds of cutting and stabbing tasks you might encounter on a daily basis. For those with strong fingers, a flipper tab is located at the base of the blade and can be used to deploy the knife. Be careful though, the overall 9.5” could startle the uninitiated public when being deployed. 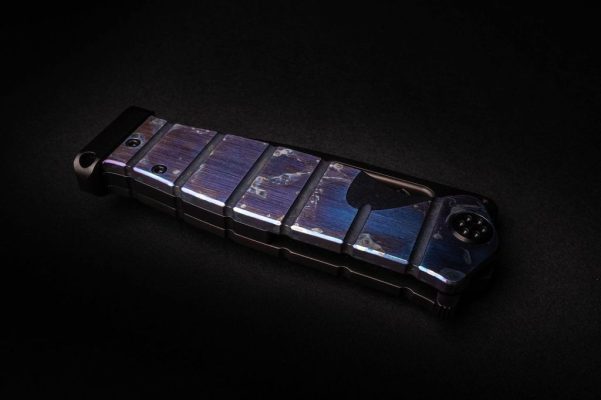 When closed, the beastly CPM-S35VN blade is housed by titanium handles with wide retro milling to make it feel a bit more like the classic Marine Utility knife leather wrapped handles. The handles are 5.2” when the knife is closed, it is quite large, but when it comes to Medford knives large is the standard and this is certainly not the largest. That being said, this knife would be best suited to big hands or someone who plans to use it with gloves. Offered in Tumbled Ti, Bronze, Blue, Violet, Custom Flamed, Black PVD, and Faced and Flamed finishes, the handles all look striking in their own way and the flamed options are completely one of a kind. If you are looking for a knife that nobody else has, a custom Medford is a unique option where no two are truly the same. 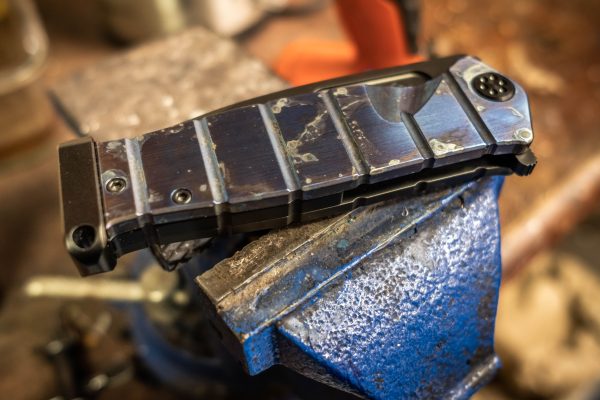 At the end of the handle is an integral solid titanium pommel. This piece adds some extra utility options to the back end of the Fighter Flipper and makes the whole thing feel balanced and solid as a brick when in hand. The Medford USMC Fighter Flipper certainly brings a new level of portability to the redesigned classic. Every piece of this design feels powerful and capable of surviving longer than you can. If the folding aspect isn’t to your liking, the fixed blade Fighter is built to the same standard, but who doesn’t like the click of a blade locking into place? 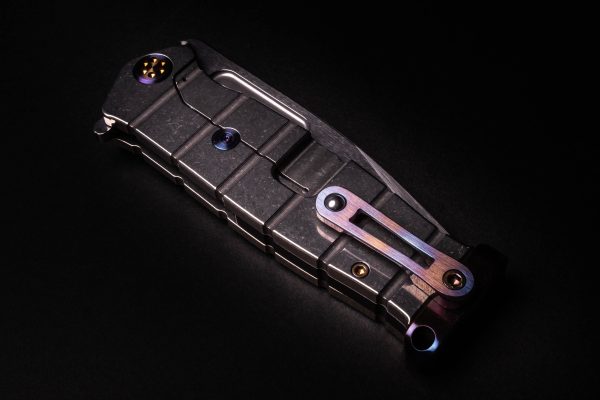