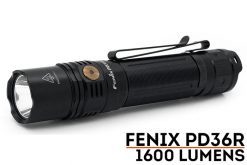 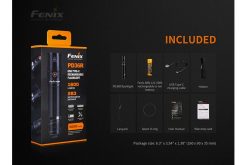 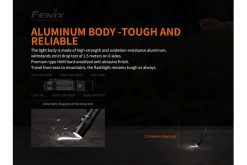 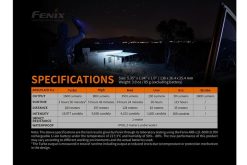 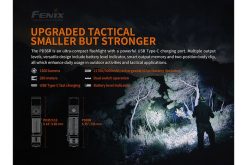 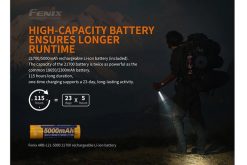 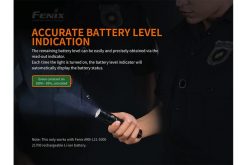 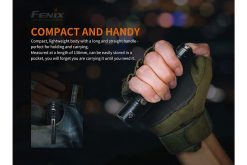 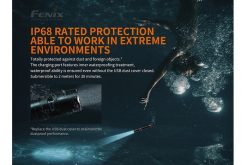 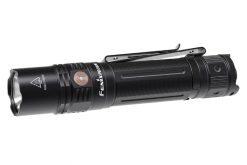 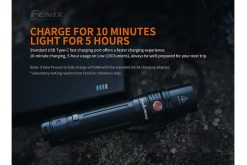 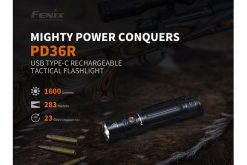 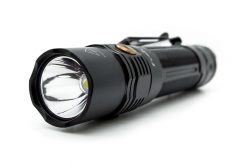 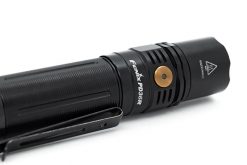 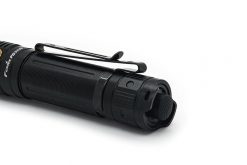 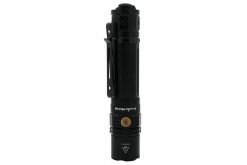 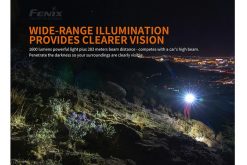 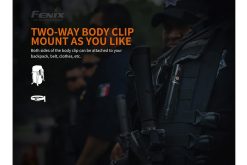 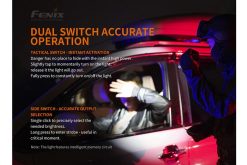 Designed for tactical and professional applications, the Fenix PD36R Tactical Flashlight has an assortment of different features, including a max output of 1600 Lumens on the turbo setting which casts a beam distance of 928 feet. In terms of size, the light is only 5.35 inches in length and 1.04 inches in diameter.  Made with a high-strength aluminum, this powerful flashlight can handle the elements and a drops of 1.5 meters on all sides. To protect all that functionality, the Fenix PD36R has been IP68 waterproof rated, allowing it to withstand being underwater up to 6.5 feet for 30 minutes. A quick tap of the PD36R’s rear tactical switch will instantly activate the flashlight, while a full press will leave the flashlight turned on. Do you need more power? No need to worry; Fenix has integrated an all-new ARB-L21-5000 mAh (21700) rechargeable battery with the Fenix PD36R that lasts longer than the typical 18650 battery. This new battery can be quickly charged with the included USB Type-C charging cable that plugs right into the flashlights charging port. Battery status can be seen on the flashlights side switch which lets you know when it’s time to charge your torch. Carrying the Fenix PD36R is a breeze with the innovative two-way body clip that attaches to backpacks, belts, and clothes. Upon purchasing the Fenix PD36R Tactical rechargeable flashlight, you will receive a durable holster, lanyard, O-ring, battery, charging cable and user manual.

Extended Runtimes
With an all-new Luminus SST40 LED and upgraded 21700 battery, the Fenix PD36R has longer extended runtimes that surpass its predecessors like the PD35 and PD35 TAC. It may be hard to believe that a flashlight so compact can have such good runtimes. The 30 lumens of the ECO mode will last for a total of 115 hours! What is even more exciting is the 2.9 hours you get with a mind-blowing 1600 lumens. These extended runtimes are perfect for anyone that uses their flashlight for work, such as home inspectors or police officers.

21700 Battery
Why does the Fenix PD36R stand out from the rest of the competition? The most obvious answer is the use of the 21700 battery in this fantastic Tactical flashlight. For many years the standard for flashlight was always 18650 rechargeable lithium-ion batteries. However, there was room for improvement, and Fenix delivered with the release of the 21700 rechargeable battery. This Lithium-ion battery allows flashlights like the PD36R to have longer runtimes and reach higher lumen capacities that were not achievable with the 18650 battery. What makes this battery even better is the fact that it is only a few millimeters bigger than its predecessors the 18650. Most 21700 flashlights stay within the same size range of 18650 torches, of course, with the added lumens and longer runtimes. Please read the included user manual for safe charging practices. Only use the included cable and a non-variable AC adapter no higher than 3 amps/15 watts.

1600 Lumen Capacity
One of the best features of the new PD36R is the 1600 lumen capacity. Most flashlights that are of comparable size will max out at 1000 lumens like the PD35 or PD35 TAC. However, the combination of a larger battery with upgraded LED has allowed the Fenix PD36R to surpass the market standard. The added lumens also allow for far-reaching visibility. On the turbo output, the PD36R visibility reaches 928 feet. 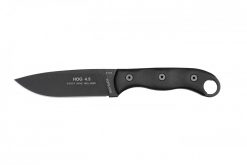 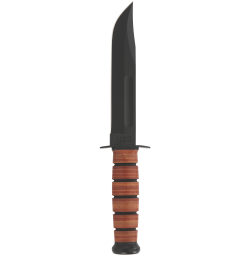 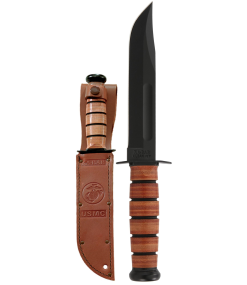 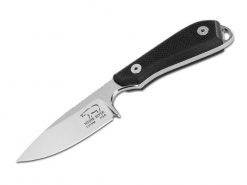 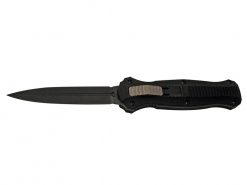 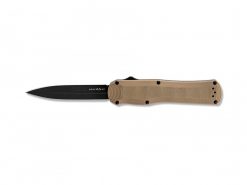 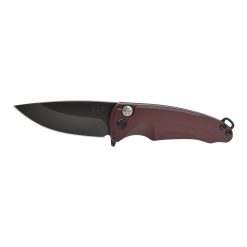 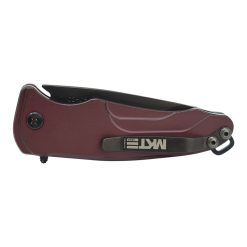 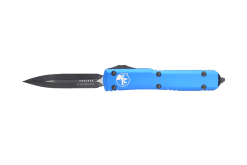 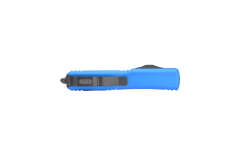 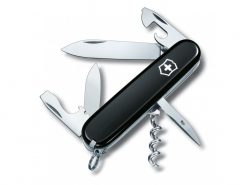